Why the Personal Touch is Important for Reverse Mortgage Borrowers

There are many mortgage lenders operating nationally which operate off of successful wholesale lending models, some of which have the resources to advertise phone numbers attached to centralized call centers. In addition to providing a lot of loan volume, these companies can also be powerful sources of education for reverse mortgage borrowers across the country, even for those borrowers who may not end up transacting with those larger lenders.

For many borrowers — especially seniors who may prefer having easy access to a loan originator in their own backyard — the touch of a local operation can be essential to capturing their business. For those reverse mortgage lenders who specialize in offering a local touch, there is very little substitute for connecting with a borrower at that more personal level. Additionally, forward loan officers unaware of reverse mortgage options need to be educated about when a reverse mortgage would make more sense for a senior client.

These are some of the perspectives shared in a webinar hosted by RMD earlier this summer, which focused on the topic of local reverse mortgage business and the differences it can have with larger operations.

The importance of the local touch for some borrowers
The educational value of large print ads or national television commercials devoted to the reverse mortgage product category should certainly never be understated in any conversation about an industry that is very reliant on customer education. However, even if a lender had the most persuasive ad in the world, there are some borrowers who will simply never be captured by a phone number to a call center. For those seniors, the local touch is key according to Jeff Foody, president of Northwest Reverse Mortgage based in Clackamas, Ore.

“The local presence is important,” he says. “These are people that don’t want to call the call centers out of California or Florida, they want to deal with somebody who is local, they want to know that in the event that something goes wrong, they can go knock on our office doors and see somebody’s face. That never happens, but they at least want to have that feeling they know that they can.”

It goes beyond just having the ability to knock on an office door, though. It also goes to a simple preference for supporting businesses which operate locally, a principle which some borrowers can simply never be shaken from.

“They want to know that they’re keeping the business local. Even though we know the appraisers are being pulled from pools in the area, they want to know that they’re working with people that are all local, it’s a comfort level to them,” he explains. “I can’t tell you the number of calls that I get on a weekly basis from people that were looking for reverse mortgage information. They might’ve called one or two of those big national companies, they got a DVD or they got information, and then they ended up calling us because we’re local. I’d say we get tons of those [types of clients], because people prefer to deal with that local feel.”

The ‘system’ of non-reverse loan officers
Whether rightfully or wrongfully, some loan originators across the forward and reverse sides who operate at a less personal level than the local practitioners may also create a perspective in a borrower’s mind that they are sniping for business at any cost, Foody says. As well-meaning as originators in banks, credit unions and lenders are, some borrowers may harbor a perception that is difficult for them to shake.

However, there are some loan originators even at the local level who can fall into that mindset not because there’s anything wrong with them, but because they’re also not aware of other options including a reverse mortgage, particularly if all they’re familiar with is the forward side of the business.

“I worked with a local mortgage bank, and created a reverse mortgage division for this local mortgage bank,” Foody says. “I had been with them for around eight years, and one of their top loan officers referred me to do a reverse mortgage for her parents. I went in to meet with them for the first time and as I was trying to get through the numbers and the figures, it turned out that this loan officer had just refinanced her parents into a 30-year fixed about a year prior.”

Though Foody had been with the bank for a long time up to that point, he asked the forward originator why her parents were not referred to him at the time the forward loan was refinanced, and it was simply because a reverse had never occurred to her before that point.

Education as a path forward, and its importance locally
Foody is adamant that these issues can be overcome as long as the industry at all levels — but perhaps particularly at the local level — takes the time and effort to adequately educate clients and referral partners about how a reverse mortgage can be applied to a senior’s financial situation.

“The only way that you overcome obstacles is through education,” he says. “And so, we have to go out there and educate these potential referral partners. We’ve got to do a lunch-and-learn at the bank or at the credit union, sit down and explain to them what reverse mortgages are. Inevitably, you’re going to change their perception about what a reverse mortgage is, if you can educate them and overcome the obstacles.”

Part of having the authority to educate about reverse mortgages specifically, at least for Foody, comes from specialization. As a reverse mortgage practitioner who has never engaged directly in traditional mortgage business, he knows that using that information will immediately declare to borrowers or students at continuing education classes that he has a specific dedication to the reverse space.

This helps those partners to understand the value and potential power of specialization, as well as the potential benefit a reverse mortgage can offer a client, Foody says.

Want to keep up to date on the latest reverse mortgage news and information?Sign up for our email newsletter here! 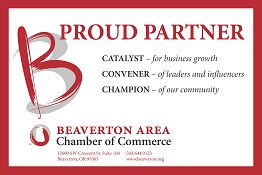 Northwest Reverse Mortgage, LLC. ML- 5797/ CL-1834787/ DFPI# 60DBO-140333. Equal Opportunity Mortgage Broker licensed in Oregon, Washington, Idaho and California. Licensed by the Department of Financial Protection and Innovation under the California Residential Mortgage Lending Act. Credit on approval. Terms subject to change without notice. Not a commitment to lend. Contents not provided by, or approved by FHA, HUD or any other government agency. All potential tax benefits should be verified with a professional licensed tax advisor. NMLS Consumer Access

At the conclusion of a reverse mortgage, the borrower must repay the loan and may have to sell the home or repay the loan from other proceeds; charges will be assessed with the loan, including an origination fee, closing costs, mortgage insurance premiums and servicing fees; the loan balance grows over time and interest is charged on the outstanding balance; the borrower remains responsible for property taxes, hazard insurance and home maintenance, and failure to pay these amounts may result in the loss of the home; interest on a reverse mortgage is not tax deductible until the borrower makes partial or full re-payment.